Back to all publications > 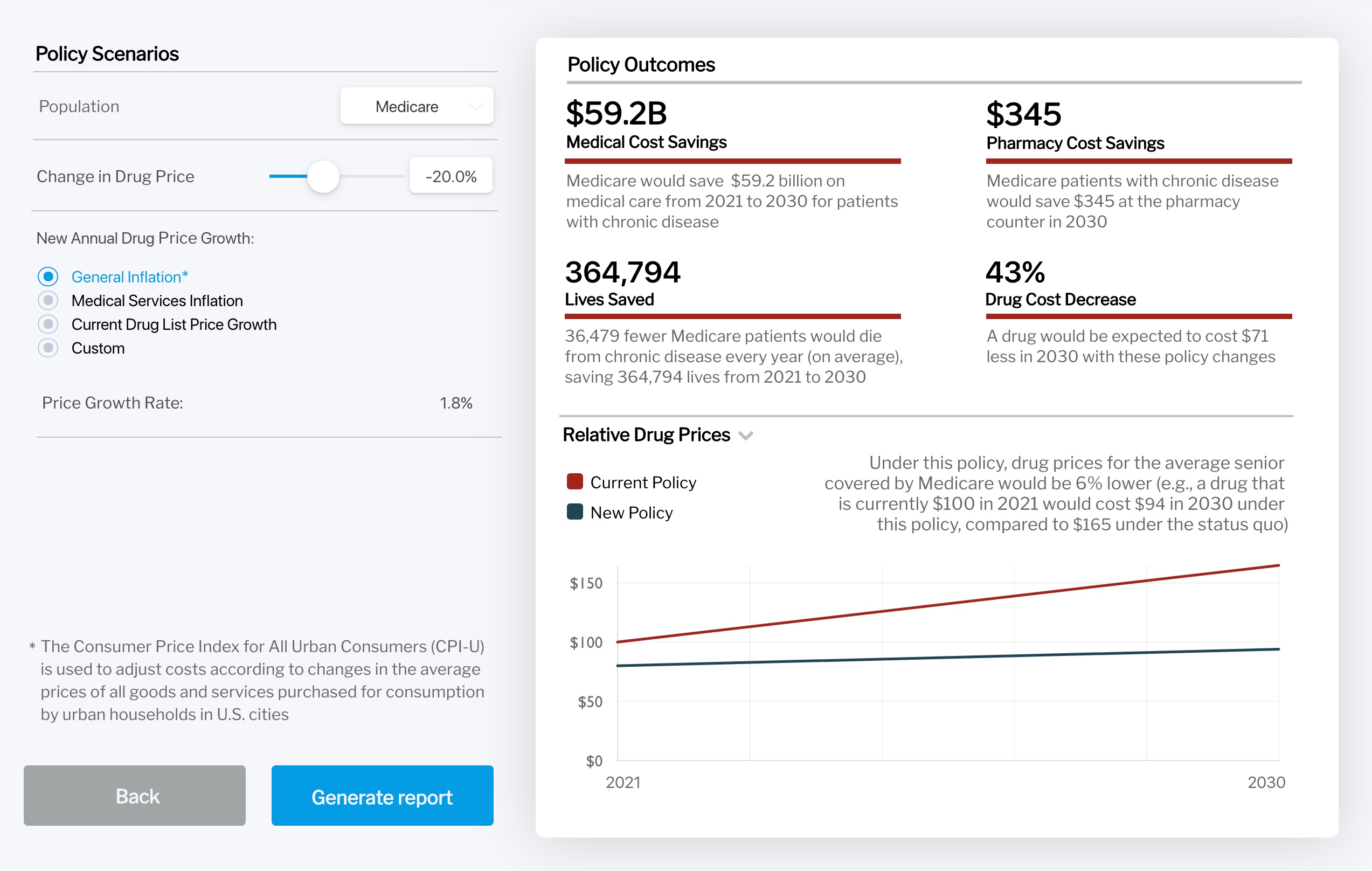 Medication adherence refers to how well patients follow the instructions given by their healthcare providers for taking a medication regimen. While nonadherence can be a result of many factors, unaffordable drug prices can significantly impair medication adherence (we call this “cost-related nonadherence”). When patients are unable to adhere to their medications because of high prices, medical spending significantly increases to treat patients’ conditions; over time, these complications can lead to worse health outcomes and premature death.

The benefit design structure of the Medicare Part D program leaves many beneficiaries particularly vulnerable to complications from cost-related nonadherence. Under the standard benefit design, Medicare beneficiaries are responsible for 25% of a drug’s cost until they hit the out-of-pocket maximum. This means that even with Medicare insurance, what seniors pay is linked to a drug’s price. This linkage allows us to model how cost-related nonadherence would change under policies that would reduce drug prices, such as Medicare negotiation, and to simultaneously model changes in mortality and avoidable medical spending that would follow from lower drug prices.

Existing publications on the impact of medication adherence are dated, using models from the 1990s that do not reflect the efficacy, safety, and pricing of current treatments. The West Health Policy Center commissioned Xcenda, the research arm of drug distributor AmerisourceBergen, to model the current relationship between cost-related nonadherence and mortality and cost outcomes in the Medicare program. This analysis considers the impact of cost-related nonadherence on the general Medicare population, and on five individual conditions – Atrial Fibrillation, Chronic Kidney Disease, Chronic Obstructive Pulmonary Disorder, Type 2 Diabetes, and Ischemic Heart Disease –that significantly affect seniors and for which effective pharmaceutical treatments are available. Xcenda modeled the impact of cost-related nonadherence on a ten-year period, from 2021-2031.

Reducing drug prices through Medicare negotiation could significantly reduce the number of premature deaths. After calibrating to the Congressional Budget Office’s score of H.R.3, the Elijah E. Cummings Lower Drug Costs Now Act, the model estimates that granting Medicare the authority to negotiate and limiting drug price increases could prevent 93,900 deaths per year. These policy changes are projected to reduce Medicare spending by $475.9 billion by 2030.

Under existing policies, Medicare Part D plans and manufacturers only cover up to 75% of a drug’s list price cost, leaving the patient responsible for the remaining 25% until they reach the catastrophic phase. As drug companies continue to raise list prices, patients may experience a significant increase in their coinsurance costs.